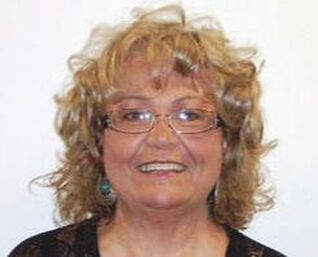 Gwen Bell was told she would need to have a partial knee replacement.  “I was diagnosed a year and a half prior to having the surgery, I babied it for a long time.” The pain had become constant and Gwen knew it was time to consider the surgery.  She knew the surgery would be expensive with insurance out of pocket costs and a high deductible. “I first learned about Hostcare at an insurance meeting, during open enrollment.  I thought, this can’t be true!”  Although, it seemed too good to be true, Gwen contacted Hostcare Resources. The Hostcare process was explained to Gwen and she decided that this added benefit was right for her.

Gwen state​s “the surgeon was highly recommended and impressive and the monetary savings was remarkable.” She was thoroughly impressed with the entire process. “I was sent the doctor’s biography and an itinerary—everything was spelled out nicely.” Gwen says Hostcare was on top of everything, but not just Hostcare, the doctor’s office was just as efficient. “There was a great flow, everyone was on it, and they were familiar with Hostcare, which was great!” Gwen’s surgery also went smoothly. She says her recovery lined up with everything the doctor told her to expect and she was back to normal within 3½ weeks!

After her knee was well on its way to healing, Gwen visited a local foot and ankle doctor about her painful bulgy ankles that would wake her at night. The physician explained her condition, but he did not take any x-rays. Gwen was given cortisone injections to both ankles to help with the pain and inflammation, however, she had very little relief. When Gwen inquired about surgically treating her condition, her physician stated he could operate.

Since Gwen had such a great experience with the surgeon who performed her knee surgery, she decided to contact Hostcare about her ankles. Gwen says, “Hostcare was great, they got right on it and I went for a second opinion.” Extensive x-rays were taken and Gwen was informed that the surgery the other doctor was willing to perform would provide her with no relief. “I am flat-footed-very little arch and have walked this way all my life,” states Gwen. The surgery to correct Gwen’s condition would be extensive, painful, and require many weeks of being unable to walk.

The doctor Hostcare provided suggested Gwen try an orthotic, since he has many patients who have gotten relief from an orthotic vs surgery. Gwen was given the script and sent to an orthotic and prosthetic company where she received an estimate and found out how expensive it would be.  When Gwen spoke with Hostcare after her appointment, she was told that Hostcare might be able to help in getting a discount for the orthotic. “I got the estimate to Hostcare and within a couple of days after working with my insurance company they were able to get the orthotics for me for FREE! I still cannot believe it.”  ​

Gwen is just blown away and surprised with Hostcare. She says the care taken with every detail of travel was incredibly generous. “I am so thankful for this benefit,” she says.