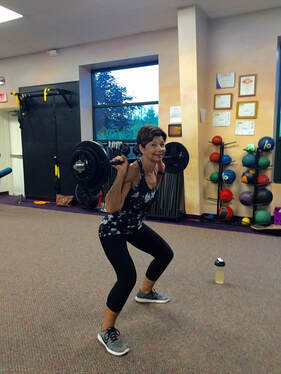 Josette Abrams has always been a very active person, so when she started to experience pain in her right knee that hindered her work outs she knew it was time to get it checked. She had previously undergone a total left knee replacement, so she knew the signs. Her doctor took x-rays which showed that she had some degeneration and it was basically, bone on bone. Josette liked her doctor and had no reserves about getting her surgery scheduled. Then, she received a call from Hostcare Resources.  “I didn’t think it was for real,” says Josette.  She states that she really connected with her doctor, who had previously performed a rotator cuff surgery for her and she just really wasn’t interested in the Hostcare option. Hostcare explained they would make sure to find a great doctor and her employer also encouraged the benefit.  Although she was really apprehensive about the whole thing, she thought, “What do I have to lose?” and decided to meet with the surgeon Hostcare recommended.​

Hostcare arranged a consultation between Josette and the surgeon. Josette says that she really connected with the surgeon and was impressed with the surgeon, staff, and facility. What was most impressive to Josette was that the surgeon didn’t push the surgery. Josette states, “I thought he would push it, but he didn’t.” She says that it wasn’t just about getting business for them, they do care about the patient and what they want. Josette firmly believes that it is important to make a connection with the doctor who is treating you. She decided to go through with the surgery and take advantage of the Hostcare benefit.”

“It was a very personal experience,” explains Josette. The surgeon, staff, and facility were all great according to Josette and she was blown away by the personal care and touch she received from the medical staff and Hostcare- everyone was very approachable and easy to access. Josette says that Hostcare made all the arrangements and she didn’t have to worry about making calls and appointments. “Everything got done so quickly… I felt like I was going on a trip!” says Josette.
​
According to Josette, the best parts of the Hostcare option were the personal care she received, being aligned with the right doctor, ease of just showing up because all the arrangements were made, and the financial aspect of lodging and food being taken care of for her. She has already recommended Hostcare to a colleague and says she would definitely recommend to others.

Josette is feeling better and back to keeping active. It was an adjustment during her recovery and had to keep on top of her therapy, which she believes, that along with a great surgeon, is the key to fully recovering. Today she is back to doing everything and enjoys Zumba, spinning, weight training, and yoga!