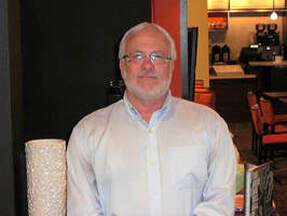 Michael Mehling suffered a bad skiing accident in 1989 that left him with lingering knee problems for many years. Michael states that this incident left him “hobbling around.” A local doctor recommended Michael undergo a total knee replacement. As soon as Michael knew the surgery was necessary, he called his medical concierge who directed him to Hostcare Resources to see if his surgery met the added benefit’s criteria.

​Michael contacted Hostcare and was given all the information regarding the added benefit. “It was a little scary because you’re traveling for major surgery away from home. I had a lot of deep thoughts,” explains Michael. He says it all sounded a little too good to be true, but his biggest concern was having to travel for the surgery.

Those concerns were soon put to rest, as Michael says he felt the best doctor and location were chosen for him. Michael was impressed with the entire process and says everything went like clockwork—from the time he left his home, to the operation, to returning home. His recovery went better than expected and Michael says he was even walking the same day he had surgery! Initially, Michael had concerns staying in a hotel, but he says, “the hotel was beautiful, it met all our needs, and my wife and I even enjoyed getting away.” ​
​
Michael is now able to walk without any trouble and enjoys walking to the park. Michael’s initial reservations about Hostcare completely changed and he says, “I would do it again, I was well taken care of by Hostcare and the hospital.”