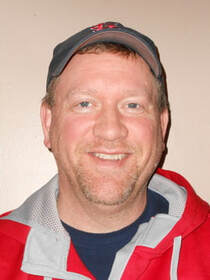 Steve Miller has always had an active lifestyle, enjoying sports and outdoor activities. Steve had experienced on-and-off neck and shoulder pain for almost 20 years, but within the last few of years, the pain became more intense in his shoulder. An MRI revealed he had a herniated disc in his spine. After physical therapy and injections did not help the pain, he was referred to a Neurosurgeon who recommended either a fusion or a disc replacement. “I wasn’t too confident in the surgeon- I would ask him, ‘if this were you which one would you pick?" Steve says the previous specialist would not give him a direct answer making him a little hesitant.

From the very beginning, Steve was impressed with the neurosurgeon presented to him through Hostcare Resources’ medical travel options. During the consultation, he and his wife both learned more about his back condition than ever before and the second opinion helped identify that a spinal fusion was needed. On their way home from the appointment, they contacted Hostcare to identify what they needed to do next because they were ready to schedule the surgery date.

Just as promised, Hostcare assisted with setting the surgery date, took care of the lodging needs and provided them with mileage reimbursement plus a daily travel allowance. He says he is amazed at how well everything went, “the company went above and beyond.” Steve says the medical facility was, “top notch- very clean, very organized.” He was very confident in the surgeon’s abilities and says, “Everything the doctor told me to expect is what happened, the pain level was what he said to expect and three days after the surgery, my shoulder pain was gone.” He adds, “things went better than I could’ve imagined–I couldn’t be more happy.”​

Today, Steve says he is able to sleep much better and that he has regained range of motion in his head, neck, and shoulders. “I’m looking forward to playing ball and catch with my kids when its warmer,” says Steve. He doesn’t anticipate that he will be held back from anything active. Steve says that he would recommend Hostcare services to others, and is even forwarding their information pamphlet to his company’s corporate department. “They mean what they say and do what they say. If it seems too good to be true, it’s not!” Steve is very thankful to Hostcare Resources and says, “no one likes to have surgery and they made the experience as painless as possible.”